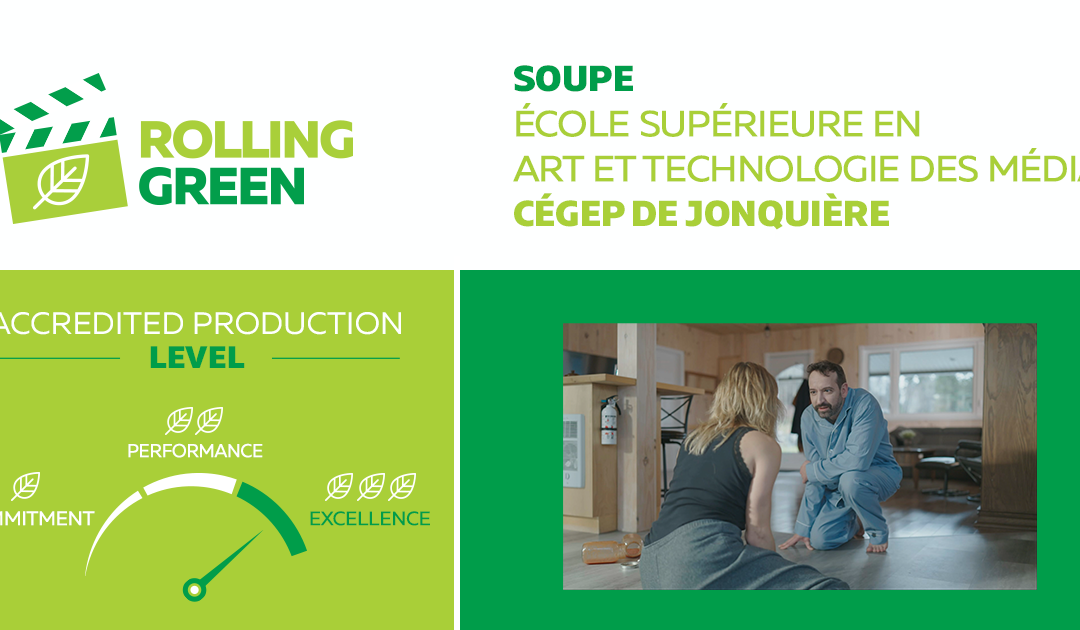 Recognized for 2 years as a Graduate School by the Ministry of Education and Higher Education, the Cégep de Jonquière’s Art and Media Technology Graduate School (ATM) has been a partner in the Rolling green program since its inception in April 2021. In the fall of 2021, students in the “Set Logistics” course applied for accreditation for their semester-long production entitled Soup. This winter 2022, they learned that it was awarded to them with the Excellence level. This is the first Rolling Green accreditation given to a student production.

The Cégep de Jonquière became a partner of the Rolling Green program to align itself with the values of its students. “It is natural for our students to respect the environment. Some of them – for example the costume designers – have already integrated eco-responsible gestures by buying the costumes for our productions at thrift stores,” confides Blaise Gagnon, a journalism and radio teacher, coordinator and person in charge of outreach and partnerships at the École supérieure ATM.

As the ” Propulsing Partner” of Rolling Green, the Cégep de Jonquière invested CAD$7500 in money and the equivalent of CAD$7500 in services to support the program. For example, students from the École supérieure ATM will be asked to produce video vignettes for the Quebec film and television Council (QFTC) in order to provide better information on eco-responsible actions to be taken on the set. The agreement was validated for a period of 3 years.

With this partnership, the Cégep de Jonquière hopes to increase the influence of its École supérieure ATM – which has been in place for 55 years in the Saguenay-Lac-St-Jean region – in the Quebec audiovisual sector, which is mainly based in Montreal and Quebec City. It also wishes to better prepare its students for the ecological issues of tomorrow by integrating eco-responsible actions on its sets. “Our young people will thus be aware of the requirements of eco-responsible productions as soon as they enter the job market,” says Blaise Gagnon.

The “Rolling Green” program studied in the “Tray logistics” course

To better prepare its students, the École supérieure ATM has integrated the study of the values of the Going Green program into its “Stage Logistics” course, supervised by teachers Caroline Gagnon and Guillaume Langlois. The course trains students in location management, among other things. The integration of  Rolling Green’s values was done at both the theoretical and practical levels:

At the theoretical level, students received a class on the importance of being greener on set. Inspired by the Going Green guide, the class addressed how production departments can implement initiatives to be environmentally responsible. The students also met with Caroline Voyer, Executive Director of the Conseil québécois des événements écoresponsables, to better understand the requirements of the accreditation and how to apply them to a student production.

On a practical level, eight students were designated in the fall of 2021 as green set managers for the filming of their semester production. Their mission was to list the green initiatives to be implemented during the production, purchase the necessary materials, relay the information to the film crew members, and check in each morning to make sure the initiatives were implemented on set. They also completed the accreditation application.

The eco-friendly filming of the Cégep de Jonquière students

The Rolling Green form contains over a hundred criteria. We won’t go through all of them, but among the eco-responsible actions of the Soup production, we can count :

Evidence for the Green Shooting accreditation

Some of the evidence collected by Green Set Managers consists of photos of recycling garbage cans, thrift store receipts, rechargeable batteries, reusable water bottles, pasta for coffee stirrers, or posters hung during the shoot. There are also more complex proofs that need to be explained, such as sorting waste or ensuring that the caterer uses local and seasonal products. 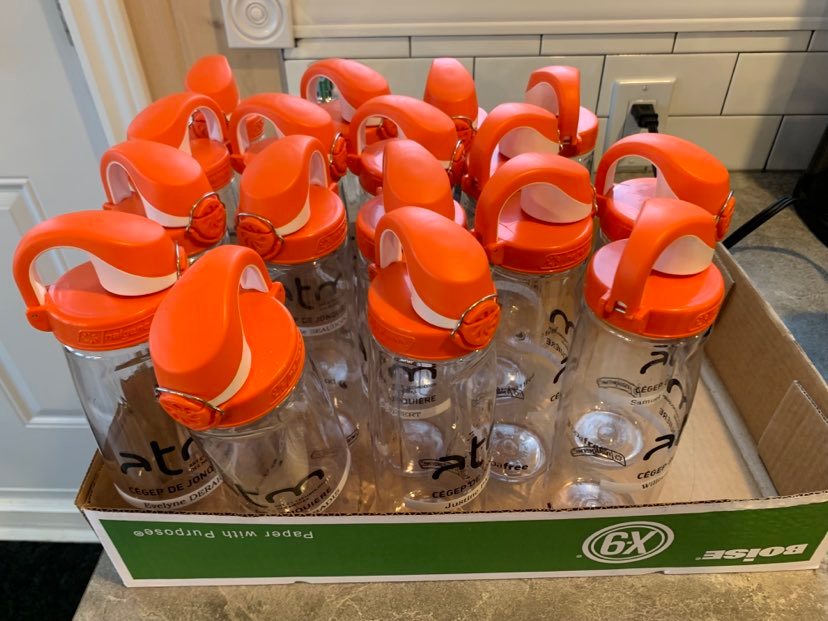 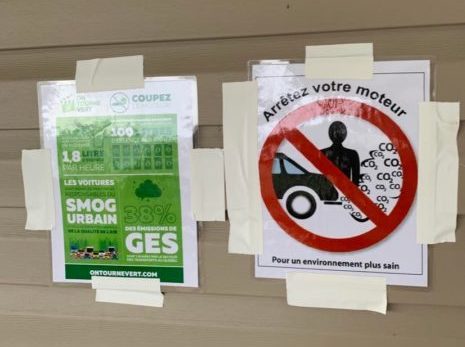 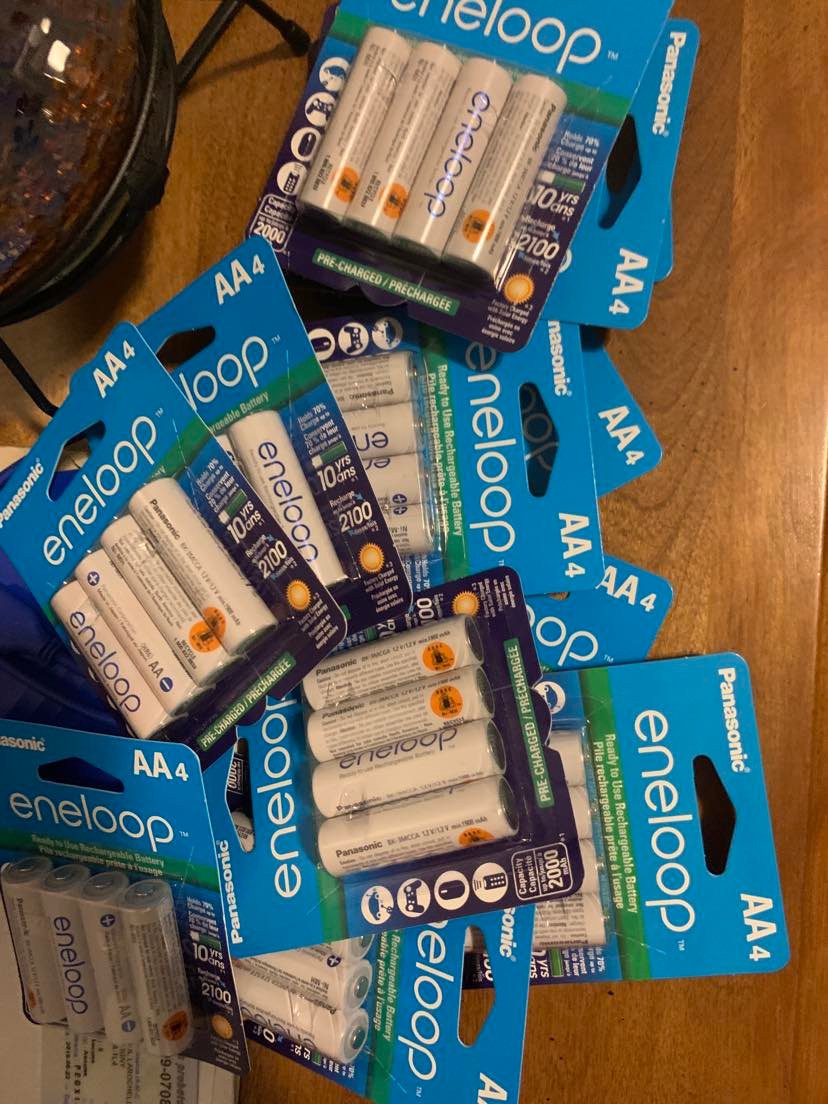 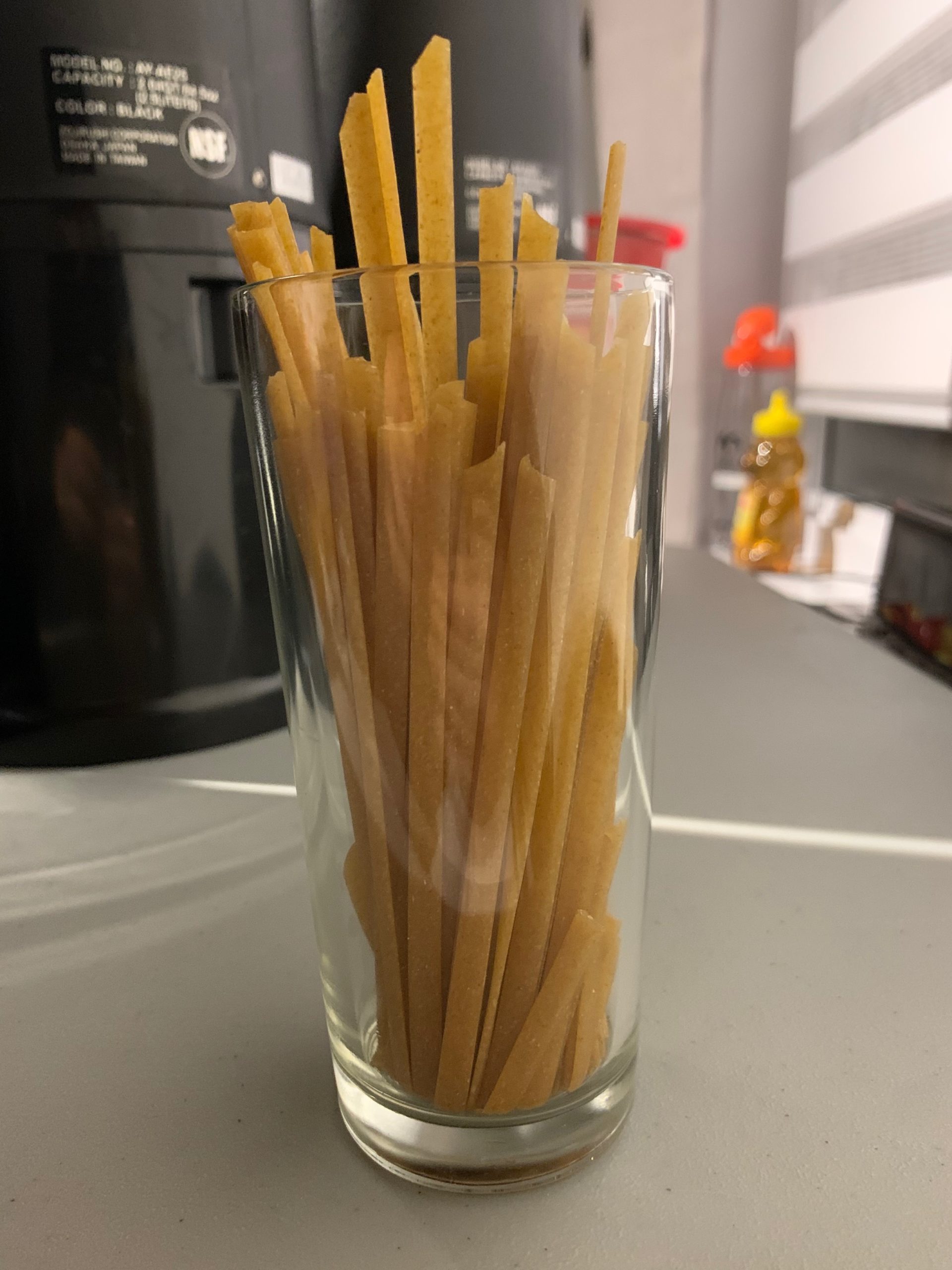 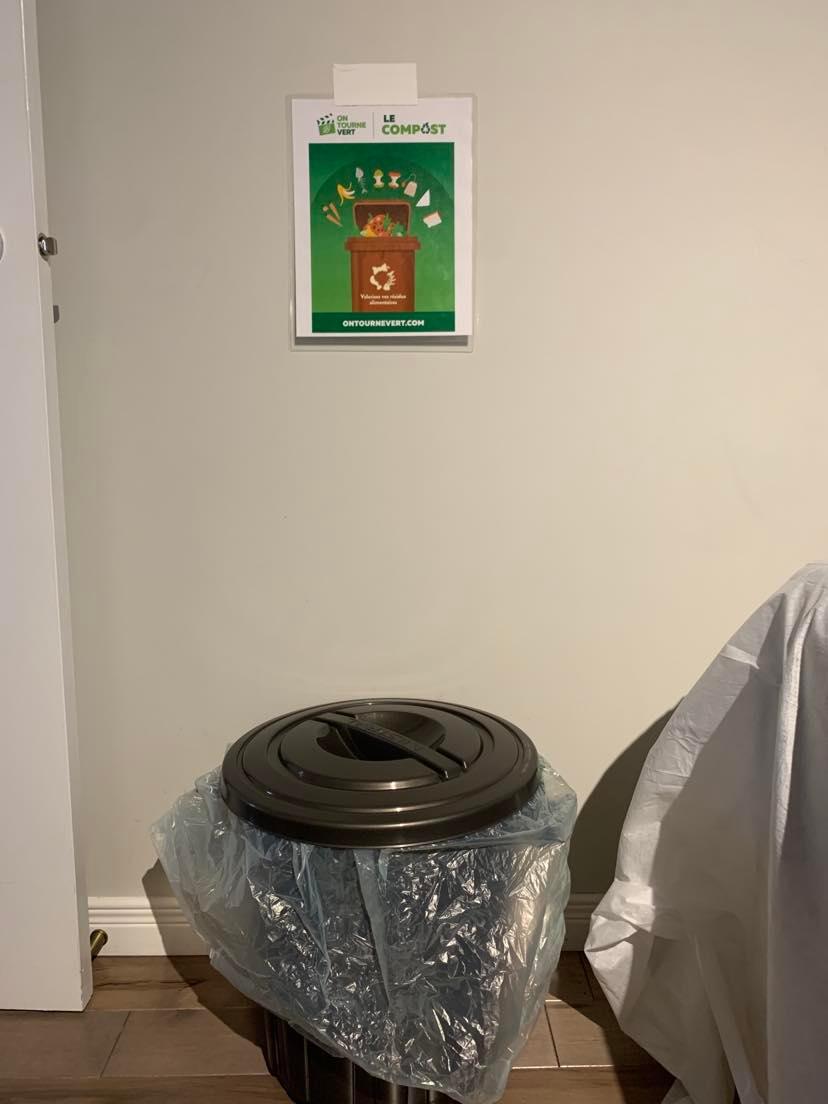 In order to meet the requirements of the Rolling Green program, the students of the École supérieure ATM had to adapt some of their practices. Since the program is primarily aimed at professional productions, not student productions, the rules did not always correspond to the realities of the school environment. In an apprenticeship context, the constraints are different, because the productions do not have the scale of professional sets.

An example is the use of household products. The Cégep de Jonquière already has eco-responsible household products. Is it better to buy new products to get the point – at the risk of not using the whole bottle – or is it better to use the products already present at the Cégep? The “Production Logistics” students rightly opted for the second option.

Another example is the use of paint. If the film crew uses environmentally friendly paint, they earn a point. But what if the crew doesn’t use any paint at all: is it possible to still earn that point? The answer from Rolling Green was negative, but Caroline Voyer suggested that this type of information be detailed so that the committee could take it into account.

A third example is transportation. Going Green gives points for biking or taking public transit. However, because the CEGEP is located in the regions, public transportation is not always sufficiently developed or accessible in certain areas. In addition, since the production took place in November and December 2021, it was not possible to take the bike because of the weather conditions.

First accreditation for a student production of Rolling Green

The application for accreditation submitted by the students of the “Logistics of the set” course at the Cégep de Jonquière was validated by the independent committee of Rolling Green in the winter of 2022. The entire faculty and student body welcomed the news with enthusiasm. The event is indeed a milestone, as it is the first Rolling Green accreditation given to a student production. For media production schools interested in learning more about the accreditation, click here.