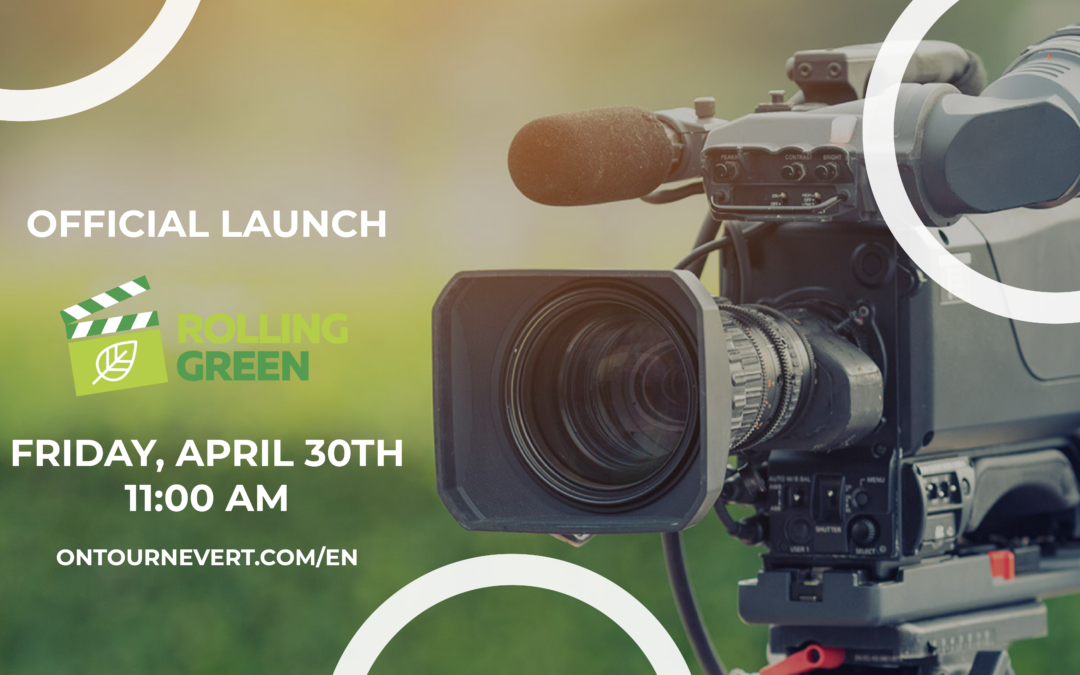 MONTREAL, April 30, 2021 — The Quebec Film and Television Council (QFTC), the Conseil québécois des événements écoresponsables (CQEER) and Québecor, in collaboration with its subsidiaries MELS and TVA, are pleased to proudly announce, as founding partners of the project, the official launch of Rolling Green, a program dedicated to environmentally responsible audiovisual production in Quebec.

The audiovisual industry has a significant impact on our environment. The figures published early this month by the Sustainable Production Alliance, a consortium consisting of some of the largest production companies in the U.S. (Amazon, Disney, NBCUniversal, Netflix, etc.) are proof. Among their key findings, they estimate that the average carbon footprint of big-budget films is 3,370 metric tons, or about 33 metric tons per shooting day, while for TV series, dramas with one-hour episodes produce an average of 77 metric tons of CO2 per episode.

In this context, it is important for the audiovisual industry worldwide to mobilize to reduce its footprint. Following the example of major studios in Western Canada, the United States, France and Australia, Quebec’s film sets must also prioritize the shift towards environmental responsibility in order to position themselves as leaders in environmentally responsible audiovisual production.

The Rolling Green program launched today aims to promote and encourage the implementation of environmentally responsible practices in all production phases, for all projects filmed in Quebec. To do so, the project’s founding partners have collaborated to establish concrete tools aimed at supporting productions in their efforts:

“Thanks to the Rolling Green program, our industry will be able to meet increasing demand from local and foreign producers for whom the concept of sustainability has become an important selection criterion. This competitive edge will supplement the many advantages our industry is recognized for internationally, such as our highly qualified labour force, our wide-ranging expertise, our facilities and the favourable economic conditions offered in Quebec,” mentioned Pierre Moreau, CEO of the QFTC.

Productions will also be asked, on a voluntary basis, to bear the Rolling Green seal, according to a 3-level accreditation process. This structured process offers personalized support by the CQEER to adjust to the specific features of each production. The founding partners would like to thank and congratulate the five pilot productions that will be the first projects accredited by this program: Bravo Fest! by L’Éloi Production for the Bravo! Record label, Chien blanc by Go Films, Single All the Way by Muse Entertainment for Netflix, L’Académie du Guide de l’auto by Viking Film and a new, upcoming production by Metafilms.

Caroline Voyer, the general manager of CQEER, remarked: “To address the climate crisis, we need action from all sectors. It is now essential that audiovisual productions adopt an environmentally responsible mindset. We finally have an opportunity to incorporate our environmental values into our professional activities for the sake of the future of the generations to come. This guide, as well as our Directory of Suppliers and our consulting services, will support productions throughout their process.”

The City of Montreal, a proud partner of this project from the very beginning, is also announcing today its support for six Montreal productions to allow them to take advantage of this accreditation process. The details of this call for projects will be released in the near future.

“Montréal is a true hub for AV production. And thanks to the new Rolling Green program, this vital industry for Montréal’s economy is sure to remain relevant and competitive internationally. As a cultural metropolis, we are proud to support Montréal’s various productions in their pursuit of the green certification, thus contributing to the city’s green and inclusive economic recovery,” added Mayor of Montréal, Valérie Plante.

Québecor, a partner and contributor from the outset, will encourage the implementation of environmentally friendly measures by all company productions:

“As a business and a major player in the film and television production industry, we must demonstrate leadership to effectively fight climate change. That’s why Québecor, with its teams from TVA and MELS, has been actively committed to the development of Rolling Green, in addition to accelerating our ambitious plan of electrifying our fleet of vehicles. We are very proud to make this commitment for our employees, partners, and of course, for our millions of viewers,” stated Pierre Karl Péladeau, CEO of Québecor.

The Rolling Green initiative also partnered with the Canada-wide Reel Green initiative, and the QFTC is an active participant in the roundtable with the different provinces to encourage the adoption of green audiovisual practices countrywide. New tools made available thanks to this partnership will be announced in the coming months.

One of the priority actions of the Rolling Green initiative is to educate industry stakeholders by offering instruction in environmental responsibility. Thanks to a partnership with the Institut national de l’image et du son (INIS), a comprehensive training program, adapted to the reality of our sets, will be rolled out and offered to our entire industry by 2022.

The Rolling Green initiative is made possible thanks to the support of our Founding partners, the QFTC, the CQEER and Québecor, through its two subsidiaries TVA and MELS, as well as our Training partner, the INIS, our Team-Building partner, the City of Montreal, our Driving partner, the Art and Media Technology (ATM) program at the Cégep de Jonquière and our Unifying partners, Carrousel and TEO Taxi.

All the tools are available as of today on ontournevert.com and you can subscribe to a dedicated newsletter to stay informed of the program’s upcoming events and activities.

FROM NOW ON, QUEBEC IS