Between Montreal and Vancouver, the eco-friendly shooting of Anaïs Barbeau-Lavalette’s Chien Blanc

The production of the film Chien Blanc, directed by Anaïs Barbeau-Lavalette, has received the Performance level of the Rolling Green accreditation (a program founded by the Quebec Film and television council (QFTC), the Conseil québécois des événements écoresponsable (CQEER) and Québécor for its eco-responsible shooting. The initiative follows the director’s desire to set up a green set for her feature film shot in the spring of 2021, between Montreal and Vancouver. A challenge taken up by the production company Go Films.

The eco-responsible gestures of the Chien Blanc team

For Chien Blanc, the production company Go Films set up an action plan encouraging the team to practice eco-responsible gestures on the film set. To do this, the production team sent each department a list of good practices, as described in the Rolling Green Good Practices Guide, notably to limit waste and the use of chemicals.

Among the actions implemented, we find in particular the limitation of the use of paper. If it was necessary to print certain documents for the team, for example plans or schedules, the production printed the film’s scripts only upon justified request, encouraging the artists and technicians to consult as much as possible the electronic file sent to all via their phones, tablets or computers.

The production also called upon the eco-responsible caterer Alex et Mylène, which proposes menus with less meat, provides reusable cutlery and composts the leftovers of meals. The team was also invited to bring water bottles to limit the use of plastic bottles. The menu was difficult to impose, however, as changing the eating habits of the entire team, accustomed to eating meals with a choice of meat, is a challenge.

The costume, set, make-up and hair departments used environmentally friendly products as much as possible. Costumes were rented or purchased at thrift stores. When purchased, they were later resold. The furniture was chosen from antique shops and then recovered. “However, it is difficult to recover all the sets. We often have to build sets specifically for the film. It is often difficult, when dismantling, to ensure that the sets built specifically for the production are recovered,” says Ronan Thomas, project manager on Chien Blanc. 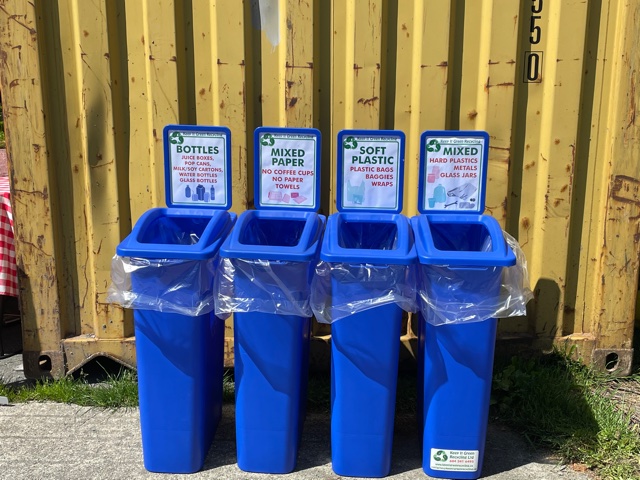 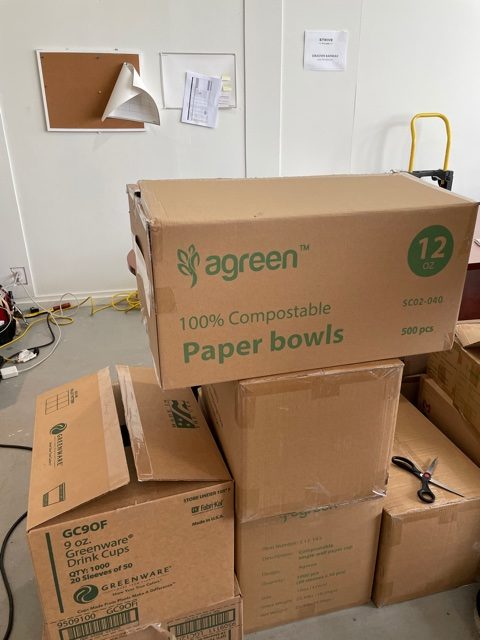 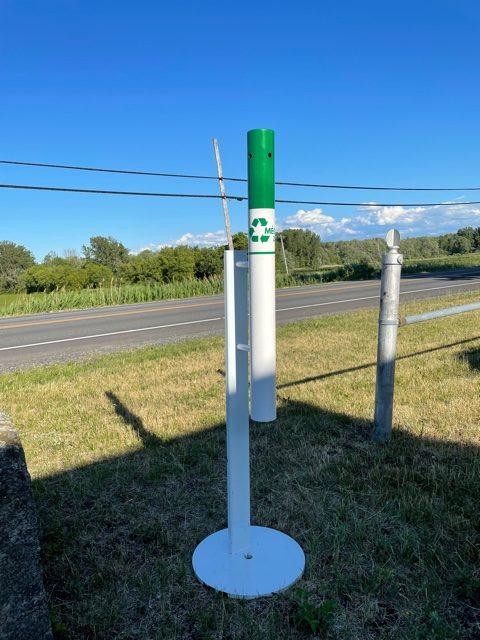 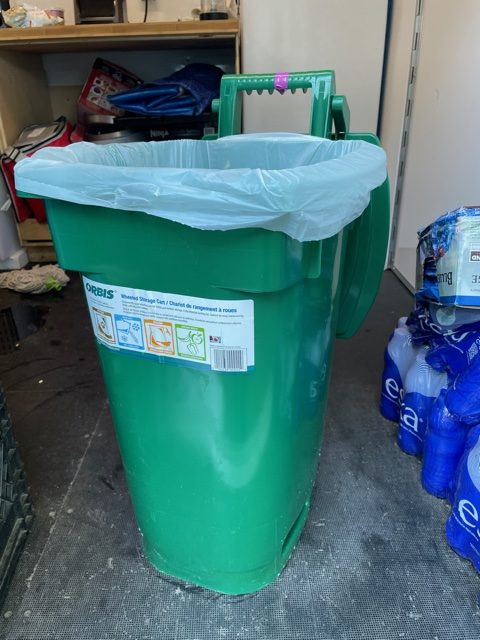 For transportation, the production purchased carbon credits for crew members who had to fly, as well as for the equipment trucks that drove from Montreal to Vancouver. In Vancouver, Stéphane Doyon, responsible for logistics on Chien Blanc, rented hybrid vehicles to transport the artists and technicians. He also encouraged carpooling as much as possible. “It was more difficult to rent electric vehicles in Montreal or to carpool because of the rules of social distancing,” he adds.

Vancouver, an inspiration for green filming

Montreal and Vancouver offer two very different realities for green filming. According to the White Dog production, more initiatives are already in place in Vancouver, making it easier and less expensive to organize a green shoot. Stéphane Doyon confided that he was able to call the recycling and composting organization Keep it Recycling to collect recycling, cans and compost. “There is a network already in place in Vancouver,” he confirms.

In Montreal, on the other hand, there are still no services specifically dedicated to green shooting. For example, it is not always possible to obtain brown bins from the municipality for the shootings, which sometimes forced the crew to bring their own bins. In some locations, composting is not even done. While manageable for a small shoot, compost collection is more difficult for a feature film shoot lasting several months, especially during the summer.

To ensure the proper logistics of a green shoot, Go Films production advises to hire a dedicated green agent. On feature film shoots, in particular, where everyone’s days are already very busy, it is difficult to respect the commitments planned beforehand. On Chien Blanc, this is done by the production team in place, but follow-ups are difficult to do. It would be ideal to have a dedicated green agent who can ensure that the actions put in place are respected, but also to raise awareness before and during filming in each of the departments.

However, hiring a dedicated person for a green shoot will incur additional costs. In order to anticipate the expenses, the Go Films production team advises to make a budget. For Chien Blanc, they budgeted over $20,000 in expenses in Montreal, and close to $7,000 in expenses in Vancouver. To compensate for these expenses, the production tried to obtain grants to ensure that the filming would be as eco-friendly as possible, without impacting the production budget too much, but they only received a grant from the City of Montreal for coaching from an eco-friendly consulting firm. The production therefore had to adjust its eco-responsible actions to its financial means.

To sum up, the ideal process for organizing a green shoot is to decide upstream on the actions to be implemented and to make the employees aware of them. During the production, hiring a full-time green agent would allow a real follow-up of the respect of these actions for each department. Finally, it would be necessary that the subsidy organizations set up help to support the productions in their desire to set up greener shootings, without impacting too much on the films’ budget.

If you want to know more about how to make your shoot eco-responsible, learn more about the Rolling Green accreditation by clicking here.